FREE ECONOMY SHIPPING ON ORDERS OVER $50 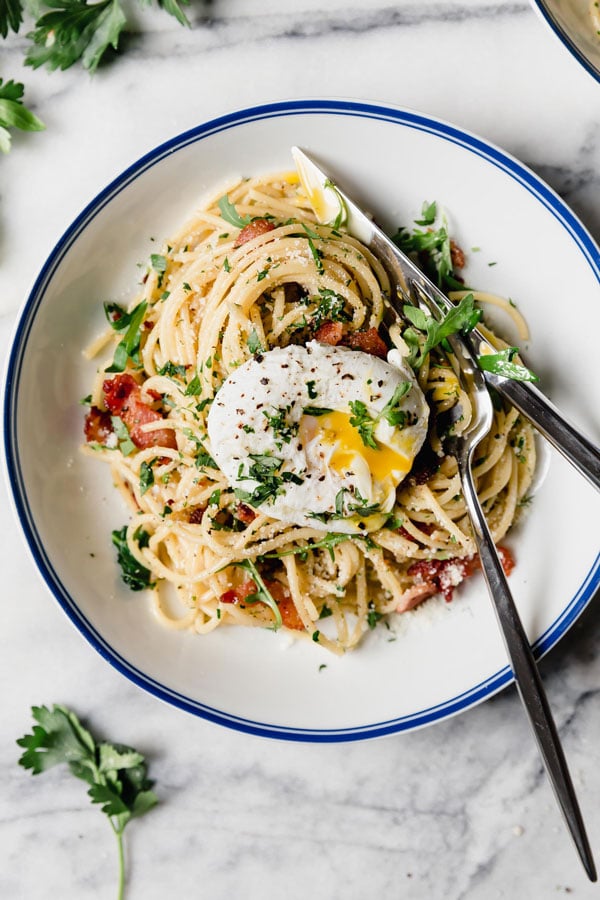 Spaghetti Carbonara is an Italian pasta dish with creamy egg, diced bacon, grated cheese, and copious amounts of black pepper–a Roman dish reminiscent of an American breakfast. Skinnytaste created this version topped with a poached egg with a yolk that is already warm when it tops the spaghetti giving it a velvety sauce that is rich and delicious.