Originating in the Lazio region of Italy, Bucatini is a long cut of pasta named for the “hole” running down its center. This straw-like pasta easily sucks up lighter tomato and seafood-based sauces. Famous for its starring role in Roman classics like Amatriciana, Cacio e Pepe and Carbonara.

The art of making our pasta begins with the very best quality wheat. We carefully choose wheat with the highest gluten index, gluten content and protein content. All of these characteristics affect how the past cooks, as well as its taste and texture.

Our method respects the ingredients, preserving the pasta’s color, texture and aroma.

Because it is thicker than traditional cuts of pasta like spaghetti, It takes a little longer to cook.

Bucatini can absorb sauce more quickly and tend to dry out, so you may need to use slightly more sauce.

We recommend cooking Bucatini in a 5 qt. pot of boiling salted water. Be sure to always cook to ‘al dente’ to keep a firm center.

What is bucatini? Bucatini is a shape of Italian pasta that is most simply described as a thick, hollow spaghetti.  It is a long, narrow tube of pasta named for the “hole” running down its center.  The word “buco” in Italian means hole.    The shape resembles a drinking straw.    Bucatini is also sometimes referred to as “percatelli” in the regions of Abruzzo and Molise.

How do you pronounce bucatini? Boo-kah-TEEN-ee

Where does bucatini come from? The bucatini pasta shape originated in and around Rome, Italy.  DeLallo Bucatini Pasta is made in a townn near Naples where pasta was born, at the beginning of the Amalfi Coast.

What makes bucatini unique (i.e. vs. spaghetti or long macaroni)? Bucatini is thicker than spaghetti, making room for that hollow center running throughout. While the two pastas are used in similar dishes, spaghetti gets coated with sauce, while bucatini's center hole also allows for the sauce to fill the pasta.  Bucatini is more difficult to twirl on a fork than spaghetti.

How is bucatini made? A blend of the durum wheat semolina flour  is mixed with cool spring water to form the dough.  This dough is then extruded through bronze dies to create the shape.  The die has thin round circles cut into its surface to punch out the center of the long noodle.  Bronze dies are used to create a rougher surface that better absorbs and captures sauces. The long hollow noodles are then hung to dry slowly at low temperatures to preserve pasta’s color, texture and flavor throughout the cooking process.

What is bucatini best for? It is best known for its starring role in classic Roman pasta dishes such as: Alla’ Amatriciana (a red tomato sauce with guanciale (pork jowl), Cacio e Pepe (a white sauce made with the pasta’s cooking water combined with pecorino romano and fresh cracked black peppercorns) Carbonara ( a sauce made of fresh eggs, pecorino romano and crispy pancetta or guanciale) and a simply prepared San Marzano tomato sauce. 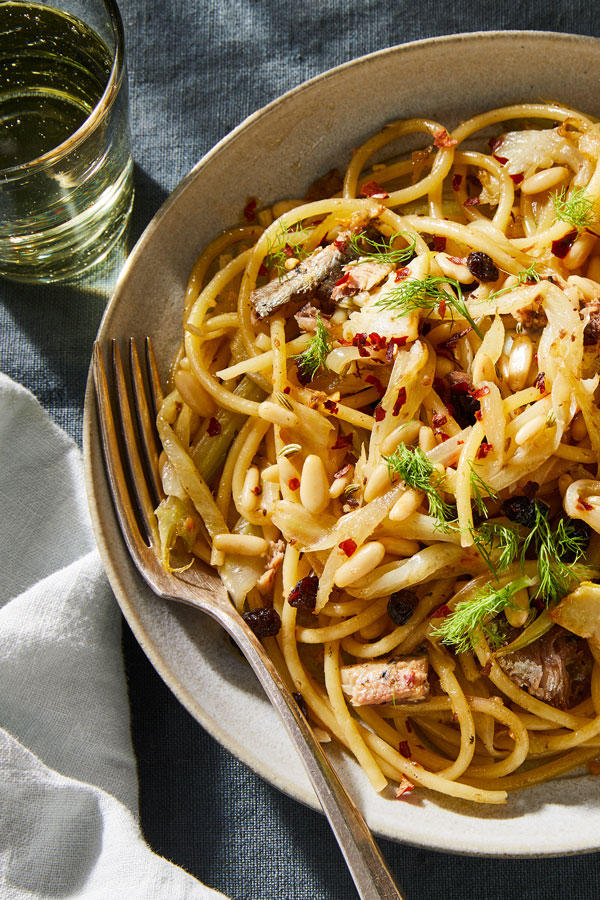 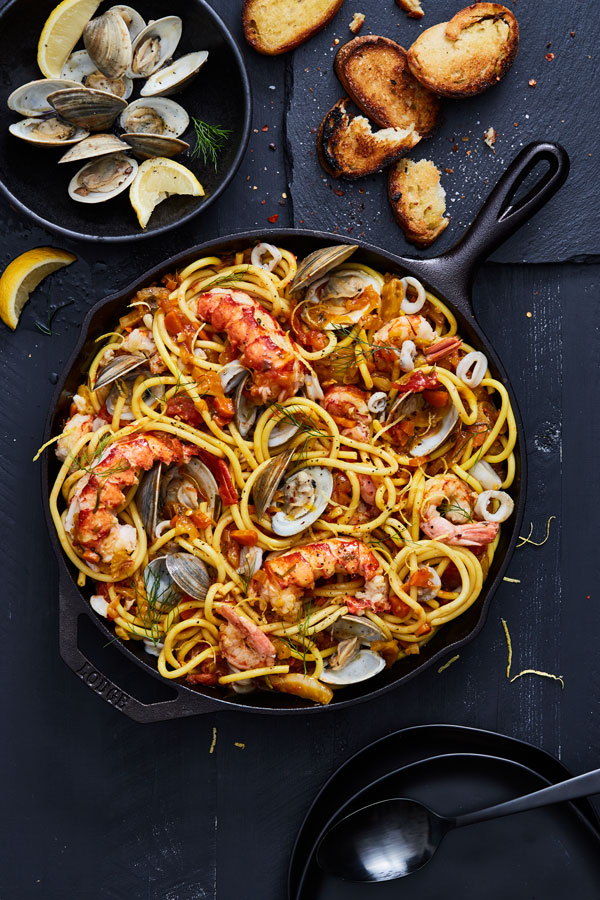 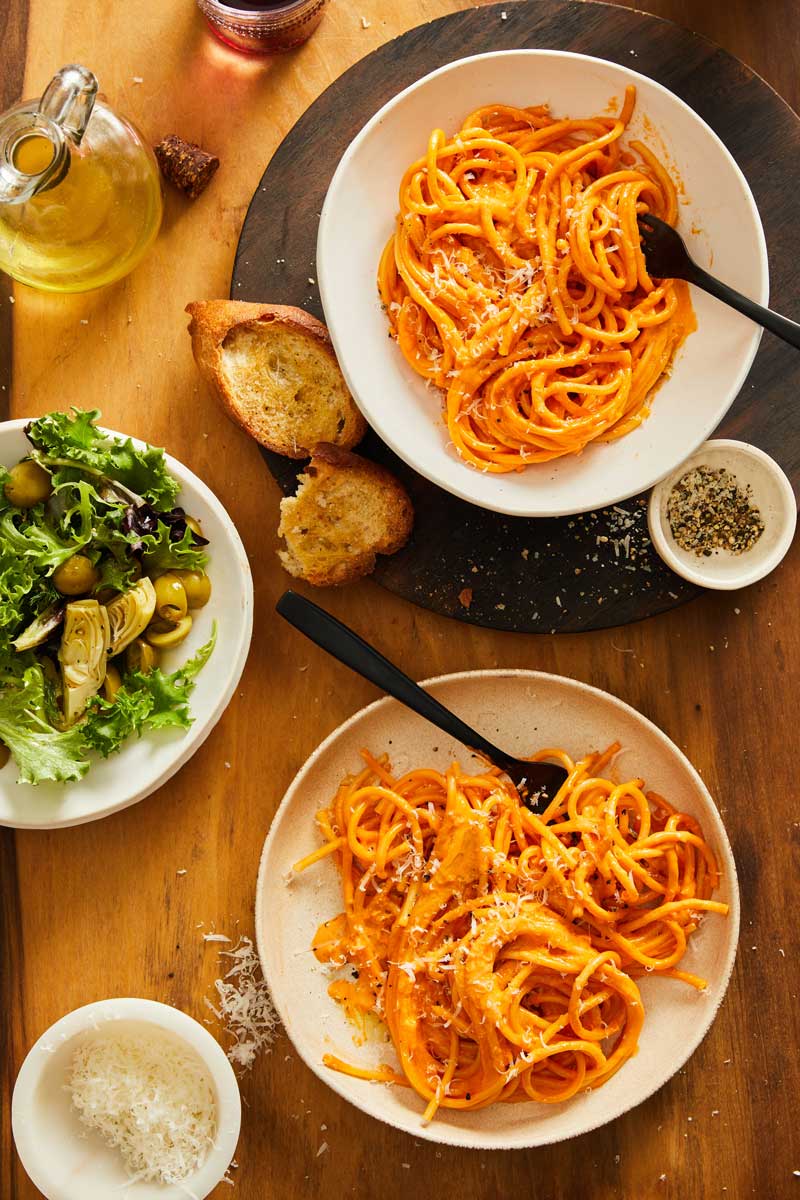 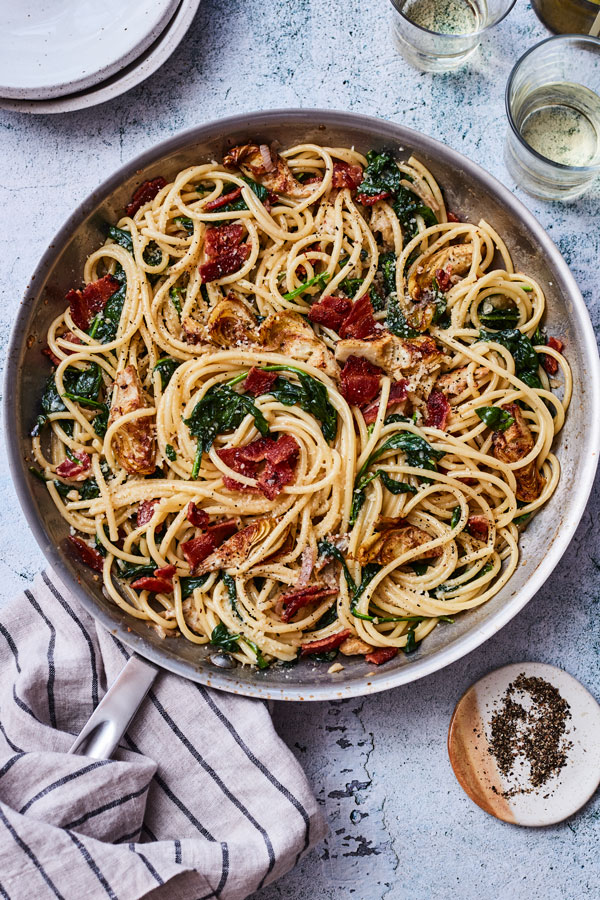 A beloved Italian classic, DeLallo Manicotti (also known as Cannelloni) are made with the finest hard-durum wheat. These large, hollow, “sleeve”-like noodles are perfect for stuffing with savory...

Named for its small “barley” size, this tiny pastina is a versatile shape known once as just a soup cut. These days, Orzo stars in a number of kitchen creations, including cheesy baked pasta and...

This popular “spindle” pasta was born in Southern Italy, where they were made by skilled pasta makers by rapidly twirling spaghetti around a rod. These spring-like curves are incredible sauce...

Commonly known as bow ties, Farfalle are actually named for their “butterfly” shape. This prized pasta cooks up deliciously al dente because of their pinched middles. They are perfect for lighter...

This prized pasta is seashell-shaped with a concave body ideal for scooping up thicker sauces and small bits of vegetables. Shells are a versatile pasta that shines in everything from cheesy baked...

This long, spiral pasta is named for the “hole” running down its center. It’s as fun to eat as it looks! Traditionally served with a Neopolitan Ragù meat sauce, Fusilli col...

Shellbows pasta, also known as lumache, is a shell-elbow hybrid and is as fun to say as it is to eat. Thicker, creamier sauces are easily captured in its curved tube and ridged exterior, making it a...

Hailing from Southern Italy, this fun springy pasta can be described as a twisted “corkscrew” with hole. As sturdy as it is whimsical, Cavatappi is ready to take on hearty sauces and...

Known as “angel hair,” this super thin long-cut pasta shines with sauces and ingredients that are light in texture and flavor: fresh tomato, olive oil, lemon, basil, scallops and shrimp...

Originating in the Abruzzo region of Italy, this squared spaghetti shape is named for the guitar-shaped kitchen tool that gives it its unique thick cut and al dente bite. This versatile pasta pairs...