The region of Abruzzo sits center-east in Italy’s long, narrow leg. About two-thirds of the region is mountainous, featuring the Apennine range, but is bordered by a healthy stretch of coastline along the Adriatic Sea to its northeast.

The region of Abruzzo sits center-east in Italy’s long, narrow leg. About two-thirds of the region is mountainous, featuring the Apennine range, but is bordered by a healthy stretch of coastline along the Adriatic Sea to its northeast. Technically considered part of Southern Italy, both north and south lay claim to Abruzzo as their own, and for good reasons. This is a land where lines and borders have historically blurred, both geographically and on the culinary front. As travelers came and went through the center of Italy, through Abruzzo’s provinces of Teramo, Pescara, Chieti and L’Aquila, some left influences from distant parts of Italian culture and indeed from other countries as well. Travelers and pilgrims came and went, and some stayed, lending more and more diversity to Abruzzo’s heritage, and to its cuisine. The region’s history of variety has culminated in contemporary times to produce some of Italy’s most unique and interesting dishes.

Abruzzo’s long history of culinary mastery is represented best in the town of Villa Santa Maria, a town in the province of Chieti founded in 828 A.D. by a group of Benedictine monks. Though Saracen invaders destroyed the town, the Caracciolo nobility rebuilt it in Medieval times. It is said that in the 1500’s Ferrante Caracciolo began teaching his house staff his incomparable cooking techniques, a tradition that continued within the noble family’s household for centuries. Many of the well-trained cooks were sent all over Italy and to other countries to work for royalty and heads of state. This unusual practice marked the beginnings of Villa Santa Maria’s world-renowned Istituto Professionale Alberghiero (a culinary and hotel management school), and later one of the most revered monks in the Caracciolo family, Francesco, became officially recognized as the Patron Saint of Italian Cooks. Every year in October the city is host to La Festa dei Cuochi (the Cook’s Festival) in which locals and visitors from the world over gather to celebrate Abruzzese cuisine.

Abruzzo is home to excellent skiing, mountain climbing and a number of beach resorts along the Adriatic Sea. Still, it’s the perfect destination for discovering timeless old-world Italian food unencumbered by the normal tourist trappings. While fascinating year-round, July is the great time for those who love the pungent versatility of garlic to plan a visit to Abruzzo’s little town of Campo di Fano to celebrate with the locals during their yearly Garlic Festival. During July, garlic steals the spotlight as incalculable numbers of dishes highlight its glory.

The steep mountains in part of the countryside lend themselves well to sheep and goat herding. Pork, as around most of Italy, is an omnipresent meat staple and a particular favorite in sweet Italian sausages as well as smoked and cured meat products. The coastal areas along the Adriatic Sea supply many different types of fish and shellfish to the chef’s repertoire, and are enjoyed baked, roasted, in soups and stews and even pickled. Chicken, turkey and wild fowl are plentiful. A rustic egg-rich pasta called chitarra (“guitar” pasta, so named because the traditional instrument used to cut the pasta looks similar to a tightly spaced and many-stringed guitar) calls Abruzzo its home, providing both starch and proteins for the energy needed to navigate the hilly terrain. Rosemary and garlic hold prominent places in the flavoring of dishes, and the unusual addition of saffron and/or chili peppers to both savory and sweet foods creates a palatal interest found few other places in Italy.

Several flavors and dishes rise far above the rest to help define Abruzzese cuisine. In this cheese-loving region, mozzarella and scamorza take center stage on the dairy scene. Both cow’s milk cheeses are young, mild, creamy and sweet with smooth textures and a stringiness that allows them to hold up equally well in baked dishes or on their own as table cheeses, with the main difference being that scamorza is briefly aged (about 12-14 days) before selling and develops a warm yellowish hue. Native favorites are the simply prepared and succulent rosticini (also called spiedini), chunks of meat (usually lamb) skewered like shish kebab and seared quickly over hot charcoals. Abruzzese lamb in general is considered superior in flavor to other meats and lamb found elsewhere because of the animals’ mountain-grazed diets rich in herbs. Ragùs are quintessentially Abruzzese, and refer as a generalized term to any type of meat-based sauce. Ragus are heavily associated with the cooking of Southern Italy as well, and seem to have begun their migration southward from this particular region. Pairing perfectly with hearty Abruzzese dishes is a locally-loved table wine, Montepulciano d’Abruzzo, made from Montepulciano grapes grown in Tuscany but employed heavily in the winemaking of the Abruzzo region. Brilliantly red in color, the velvety dry and tannic wine ages quite well but is usually consumed young.

Battered and fried zucchini blooms, spit-roasted scamorza cheese, vinegar-poached lobster, salame di pecora (a rare sheep’s meat salami), crepes loaded with cheese and vegetables in a rich mutton broth, ratafia (a local wine made from sun-fermented black cherries), hearty ragus, ricotta cheese drizzled with honey and dusted with saffron powder … these are just a few of the complex and elegant flavors to be found in Abruzzo.

As you explore some of the flavors of the region, keep in mind that, as with most cultures, the best dishes that can be found today began humbly. The most flavorful local recipes started out as necessity, as ways to produce food that was both practical and pleasant. Almost every edible part of any ingredient is utilized somehow in Abruzzese cooking. Nothing is wasted and little is lost. The mindset is frugal, but hearty. Today’s Abruzzese dishes hold true to their past, and marry earthy flavors with spices to make the palate sing. Isn’t that what we really want from Italian food, after all? 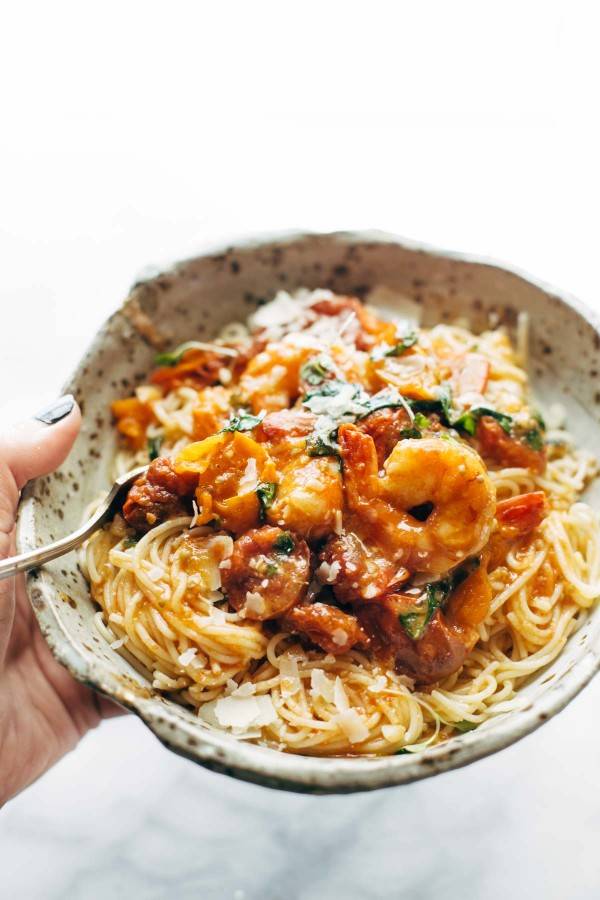 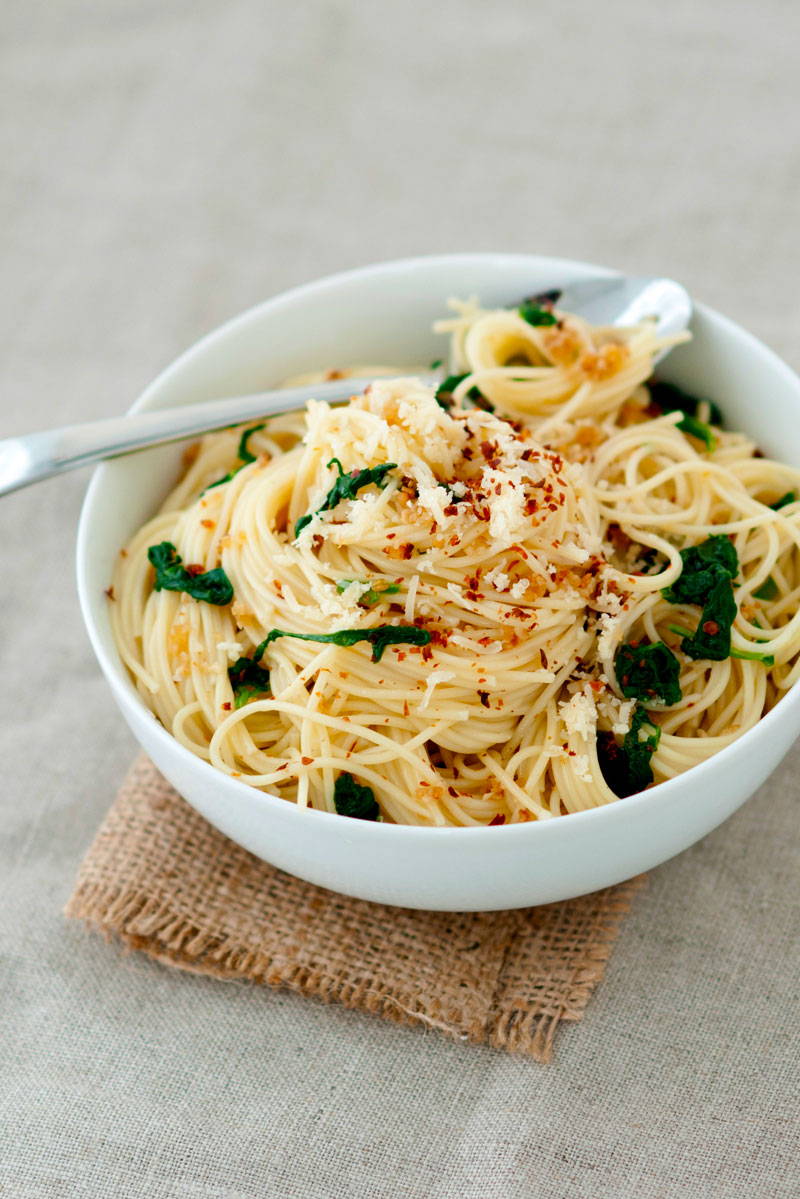 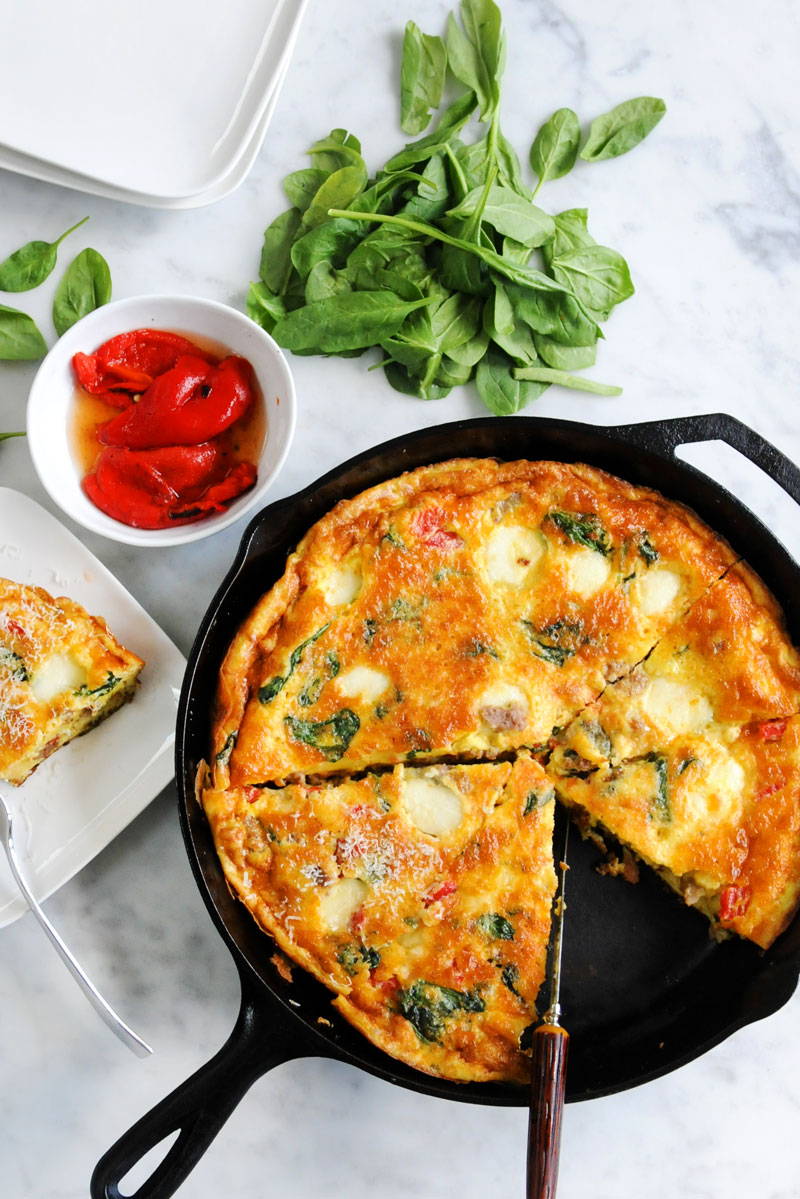