Detailed answers to some of the most pressing questions you might have about the extraordinary stone fruit. How are olives made ready to eat? Why do some olives have slices in their skin? Why do different kinds of olives have distinct flavors? Get your learn on. 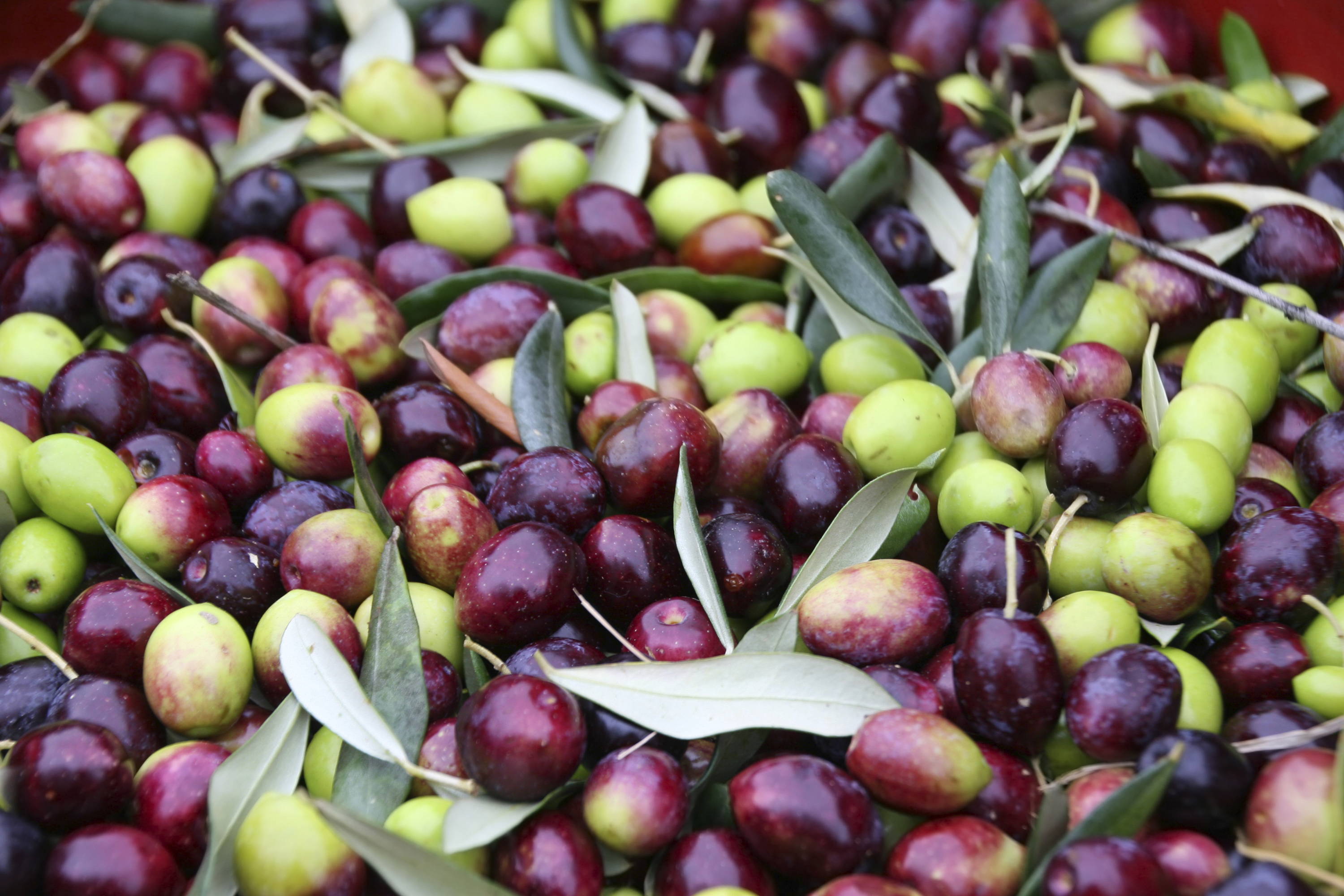 Are olives edible off the branch?
While olives are edible straight from the tree, they are intensely bitter. Olives contain oleuropein and phenolic compounds, which must be removed or, at least, reduced to make the olive palatable.

How are olives cured?
There are a number of ways that an olive can be “cured,” though it is more like a fermentation process. At its simplest definition, the curing process is the conversion of the olive’s natural sugars into lactic acid and the leeching out of the bitter chemical compounds (oleuropein and phenols).

What are the methods of olive curing?
There are many different ways that olives are cured, but in essence they all being cured in one of four different ways: natural brine, lye, salt or air curing.

What is the difference between Black Canned Olives and Table Olives?

The most significant difference between the two is that black, canned olives are not fermented. Instead, they are processed within a week, cut daily with lye to penetrate their flesh until it has reached the pit. After their lye treatments, the olives are aerated with carbon dioxide to neutralize the alkalinity caused by the lye. Next, they are exposed to ferrous gluconate for their uniform black color. The flavor of a black olive is unlike that of any table olive because of this process.

Why are table olives different colors?

In most situations, table olives come in a variety of colors due to their ripeness when harvested. As with other fruits, olives begin green and ripen, or mature, to a deeper shade. Depending on the variety, olives can be selected green or ripe. Each level of ripening allows for different textures and flavors. In some cases, the olive’s color is dependent on the oxidation in its fermentation process, turning it a deeper brown or black. And in the rarest of instances, olives can be colored with the addition of compounds such as ferrous gluconate or food-grade dyes.

Why do olives have distinct flavors?

Each variety of olive has distinct attributes specific to its oil content, the amount of flesh, ripeness, climate of growing, the area in which it grows and the size of the overall fruit. Also, an important factor in an olive’s flavor can be reliant on how its natural yeast, or bacteria, ferments during the curing process. For example, specific flavors, such as wine vinegar, occur naturally because of the wild yeast present (lactobacillus in this case). These yeasts are similar to what is found in grape fermentation, leading to a comparable flavor.

Why do some olives have slices in their skin?

When an olive has been intentionally sliced it is referred to as a “cracked olive”. This process is typically done mechanically, allowing the brine to penetrate the olive’s flesh quickly and the fruit to take on its flavors immediately. While this can be done as a usual practice, as with a particular cure of California Sevillano olives, it can also be done for necessity, as performed on some Calamata olives to achieve the proper cure.

What is the definition of natural olives?

In most all cases, olives are natural product. To further define this, DeLallo considers an olive natural when it does not contain any artificial additives, preservatives or colors. In the case of the lye processing as a means of olive production, it is solely used for processing. The lye solution used is thoroughly washed from the olives; therefore, the lye itself is not an ingredient in the fruit or the substance in which it is contained. In fact, many olives are treated with lye in their process and are certified organic by NOP standards. All DeLallo olives are natural with the exception of two: the Black Bella di Cerignola olive, which contain ferrous gluconate to give it its black color, and the Red Bella di Cerignola, which is colored with erythrosine.

Why are some olives pasteurized?

For more information, check out our blog post: All About The Best Olives!