All About Cream Sauces

A thicker, creamier way to enjoy your pasta…

Sauces are the foundation of every cuisine—a culinary truth lusciously demonstrated in both French and Italian cooking. For centuries, the French have codified and celebrated their basic sauces—such as béchamel or sauce espagnole—though sometimes the Italians may have been the originators of these culinary achievements. There’s a kind of gravitas when French or Italian chefs talk about sauces—their preparation requires care, precision and a methodology. Making a great sauce is as much an art as a science—but, as with most aspects of cooking, the key to success is to relax and open up all your senses for a delightful experience.

Though “cream sauce” is a familiar term, it is actually an ambiguous one—and not commonly used by chefs. In Italy, “salsa cremosa” refers to any creamy sauce, and it can apply to a great variety of sauces, including those which contain fresh cream, milk, and sometimes cheese. These sauces are often thick and can be used with pasta, meat, vegetable or fish preparations. A sauce is characterized by its degree of thickness—ranging from loose or runny to a thick or dense consistency. A trick often used by cooks to thicken a sauce that is to add burro manierato, which is butter worked with flour. It is very simply prepared by working a small piece of butter with a bit of flour—with the help of two fingers—until the mixture becomes a sort of paste. The addition of this buttery paste to any sauce will thicken it in a delightful way—making it creamy and therefore better able to stick to or coat whatever it is accompanying.

Kids are notoriously crazy about any creamy food. Italian mothers often prepare something called carne al latte (meat with milk). First, they pound a few thin slices of beef to tenderize them, flour them and then brown them gently in butter. Then they add milk to the pan and cook it for a couple of minutes until the sauce became cremosa. It is one of the simpler foods to make, but pure luxury.

Adding cheese, cream, milk or butter makes a sauce thicker and creamier, but it’s important to use these ingredients sparingly. The sauce should just coat the pasta; authentic Italian pasta dishes are not soupy. In northern Italian cuisine, where butter and creamy types of cheese are abundant and olive trees are scarce, cream-based sauces are much more common than in the south—but many of these northern Italian sauces are now beloved the world over. 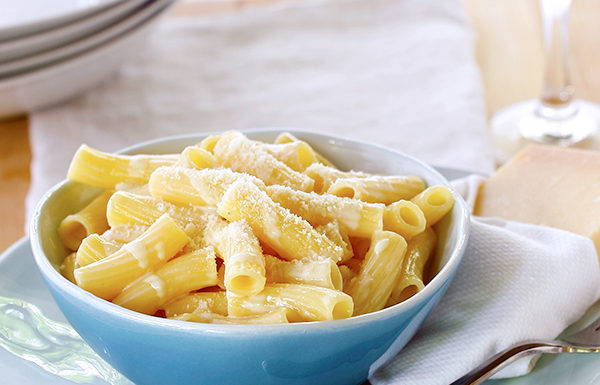 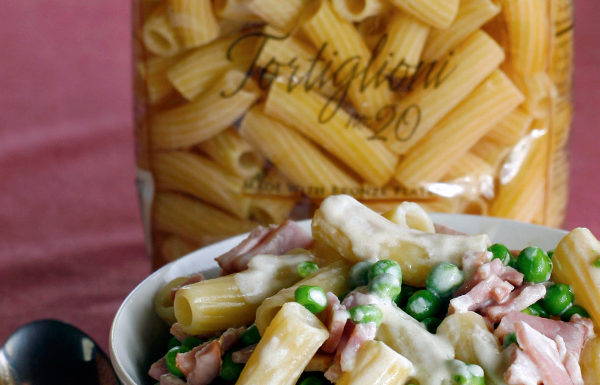 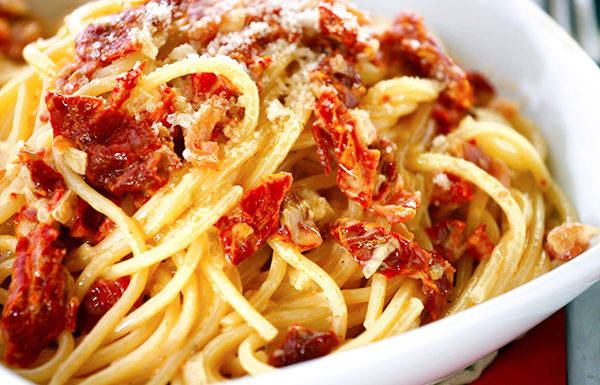 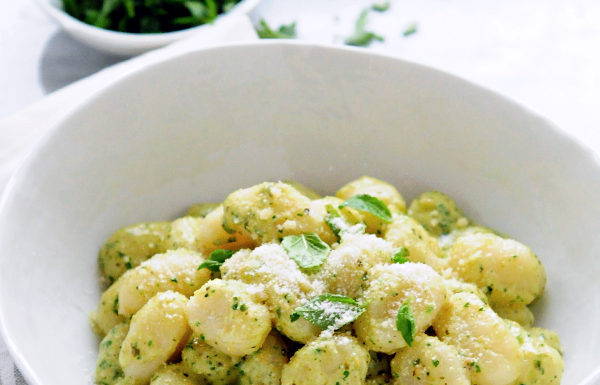